Mackenzie giving a talk on NFTs and cryptocurrency, 7 September 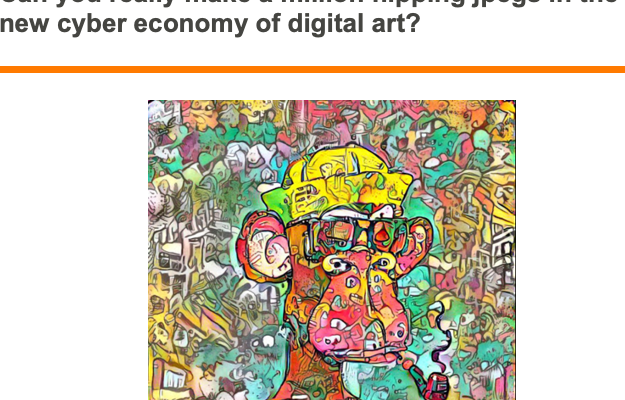 Dr Simon Mackenzie will give a talk titled ‘Bored apes and cryptopunks: Can you really make a million flipping jpegs in the new cyber economy of digital art’ to the New Zealand Inland Revenue Department Workshop Series, on 7 September.

NFTs (non-fungible tokens) have become an extraordinary and highly lucrative craze in the last few months. They exist at the meeting point between digital art and cryptocurrency. Traders are making eye watering sums in quick flips. Enthusiasts are spending seemingly absurd amounts of money collecting NFT art. A lot of people think they have lost the plot, and expect the bubble soon to burst. I thought the same, but then in late August someone bought a cartoon picture of a rock for a hundred thousand US dollars, so now I’m hoping my fake cryptopunk will make me millions once people get fed up with gutter cats and pudgy penguins. Come along and find out what on earth I’m talking about, but be prepared to be sucked into an implausible online world of vertiginously insecure investment, fortunes that can be made and lost in a matter of days, and a whole lot of crime.